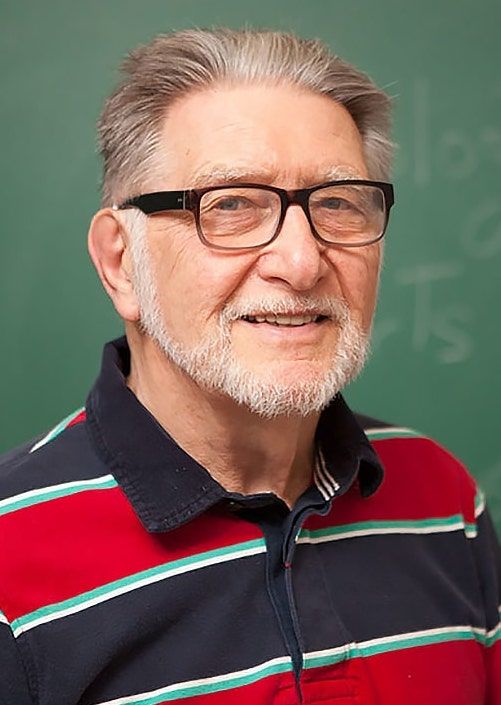 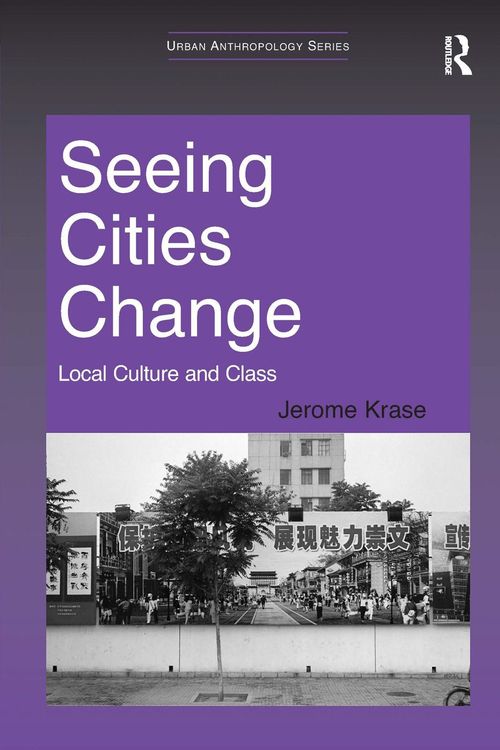 Jerome Krase is Murray Koppelman Professor, and Professor Emeritus, at Brooklyn College of The City University of New York.  After graduating from the elite Brooklyn Technical High School in 1960, he went on to study at Indiana University’s Bloomington Campus.  There, after a three-year enlistment in the U.S. Army, he  earned a BA in Sociology, with minors in History and Philosophy, in 1967. In 1973, he received a Ph.D. in Sociology at New York University in 1973. His Doctoral Dissertation “The Presentation of Community in Urban Society,” dealt with the undeserved stigmatization of a Black neighborhood in Brooklyn, thereby questioning unwarranted negative racial stereotypes in general.

Professor Krase has long been an Activist and Public Scholar who continues to consult with public and private agencies regarding urban community and cultural diversity issues. He has written and photographed widely on urban life and culture and has lectured, exhibited, and conducted research on urban neighborhoods in the US and abroad.

Among his many books on diverse topics are, most recently: , The Status of Interpretation in Italian American Studies.Gentrification around the World, Volumes 1 and 2, edited with Judith N. DeSena (2020); Diversity and Local Contexts, edited with Zdenek Uherek (2017); Race, Class, and Gentrification in Brooklyn, co-authored by Judith N. DeSena (2016), and Seeing Cities Change: Local Culture and Class. (2012) His scholarly range is also demonstrated in recent articles and chapters such as “Storymaking and Photography: The Visual Essay and Migration,” in Visual Methods in Migration Studies (2020) written with Timothy Shortell,  “Seeing Greenpoint Virtually and Actually Change: Polish Americans and Gentrification in Brooklyn,” in Polish American Studies ( 2019), “Ethnography: Bridging the Qualitative-Quantitative Divide,” Diogenes (2018), and “Seeing Residential Im/mobilities in New York City,” Cultural Studies (2016).

To his credit, Professor Krase has a number of On-Line publications and Creative Work, in addition to journalistic and other published writing. For example, he was a panelist, “What Images Teach Us,” Webinar, Finding Focus in Times of Crisis, Philadelphia Photo Arts Center, (2020) and presented “Life in the Time of Covid19 in a Hyper-Super-Gentrified Neighborhood: Making Things Visible,” CITY AS A CLASSROOM, , European Academy of Sciences of Ukraine. (2020) He has also contributed to video documentaries such as the Voice of America’s “The Magic Bus,” (2004), and “Hear Every Voice, ”a National Park Service documentary about his visual sociology and immigrant outreach, (2009) He has also given many virtual lectures, photo essays, and photo exhibitions on such subjects as "Chinatown: A Visual Approach to Ethnic Spectacles," "9/11 and its Aftermath," “Community: Revealing Pictures & Reflexive Frames,” and "The Present/Future of Little Italies." As to journalism and other creative writing he writes a “Jerry Krase Blog,” a “Traces” Blog, and has contributed to USITALIA, The New York Sun, The Brownstoner and for many years was a weekly columnist for The Free Press ( Brooklyn) and The NYC Free Press.

In 2016, Professor Krase Curated, “The Italians of Brooklyn Revisited,” at the Brooklyn College Library, served as a judge and contributor to “Brooklyn Museum Click! Exhibition “The Changing Face of Brooklyn” at The Brooklyn Art Institute (2008), and co-curated, of the exhibit “Brooklyn Rising: The ‘70’s and ‘80’s, the Roots of Modern Brooklyn,” shown at Brooklyn College, The Brooklyn Historical Society, and Brooklyn Borough Hall in 2007. His photographs have also been displayed in publications such as editions of J. F. Healey’s, Race, Ethnicity, Gender, and Class, C. A.B. Warren and T. X. Karner, Discovering Qualitative Methods, and the American Sociological Association magazine Contexts, where he had served as a photo editor.

To his credit, despite extensive professional service life, Professor Krase has been active, presenting papers, in these and many other scholarly organizations such as the European Sociological Association and Eastern Sociological Society.

His past, and continuing service, on journal editorial boards, and as a manuscript reviewer for publishers is notable. These include the following: American Sociological Review, Visual Studies, The Journal of Video Ethnography, Humanity and Society, International Sociology, Ethnologies, City, Culture and Society, Qualitative Sociology, Ethnologies International Migration Review, Housing, Theory, and Society, Contemporary Sociology, Space and Culture, The Cordoba Foundation Cultures in Dialogue, the University of Minnesota Press, Random House, Columbia University Press, SUNY Albany Press and the University of Manchester Press.

He has reviewed many grant proposals for the PSC/CUNY Research Grants in Ethnic and Area Studies, United States Department of Health, Education, and Welfare, the Qatar National Research Fund, the Rockefeller Foundation Humanities Program, as well as research grants for projects in Canada, Belgium, and the European Union. In addition, Professor Krase has served on doctoral, or other graduate degree programs at the University of Trento, University of the Witwatersrand, South Africa, Catholic Pontifical University, Sao Paolo, University of Bergen, Norway, State University of New York at Albany, and the John Jay College of Criminal Justice CUNY.

Profession Krase has often been invited to lecture, and participate in distinguished panels around the globe   such as: conducting a Graduate Visual Sociology Workshop, at the Jagiellonian University, Krakow, Poland ( 2018,) and lecturing on Urban Life and Culture at Zhejiang University, Hangzhou, China (2017).

Professor Krase has been a frequent Consultant and Tour Leader, for the United States’ State Department, International Visitors Program, was a Guberna­torial Appointment to the Board of Directors of the New York Council for the Humanities (1983-1995) and has served on many of New York City’s community organizations such as the Gowanus Development Corporation, Prospect Lefferts Gardens Association, the American Italian Coalition of Organizations, and TAMKEEN- The Center for Arab American Empowerment. He advised the Greenwich Village Society for Historical Preservation, the NYC Controller’s Office, and the Brooklyn Economic Development Corporation. He was also a member, of the Brooklyn Borough President’s Task Force on Equity, (2004-08) and consulted with the New York City Human Rights Commission. He currently serves on the Brooklyn Community District 9 Parks, Recreation and Culture Committee.