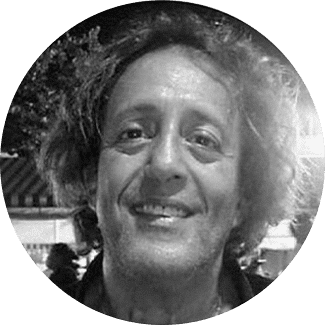 A Frenchman of Algerian descent, he is proud of his Berber and Christian origins, and a staunch defender of Berber cultural roots against Arab dominance. Oulahbib was a host at the free radio Canal 75 and was a reporter, an editor of Magazine Sans Nom, Citizen K, Technikart, and worked as a freelance journalist for Esprit Critique, Dogma, Marianne and Tumulte. He manages the Dogma philosophy journal together with Isabelle Saillot.

Dr. Oulahbib holds a master's degree in sociology and economics from the Paris Nanterre University (1984) under the direction of Jean Baudrillard; M.A.S. (1985) under the direction of Jean Baechler (Paris IV Sorbonne), François Bourricaud (Paris IV) and Alain Besançon (EHESS). He was influenced by a French thinker Jean Baudrillard, who was his scientific supervisor and later became a close friend.

Since 2000 he teaches political science, sociology, moral and political philosophy, geopolitics, international relations, communication, media and public opinion analysis at the Jean Moulin University Lyon 3. Lucien Oulahbib's research interests have a wide range from sociology and political philosophy to theology and nihilism. He devotes much attention to the analysis of the philosophy of French nihilism: Bataille, Blanchot, Foucault, Derrida, Deleuze, Lyotard, Baudrillard, Bourdieu which he calls "anti-rational nihilism" for their desire to prevent an understanding of the world.